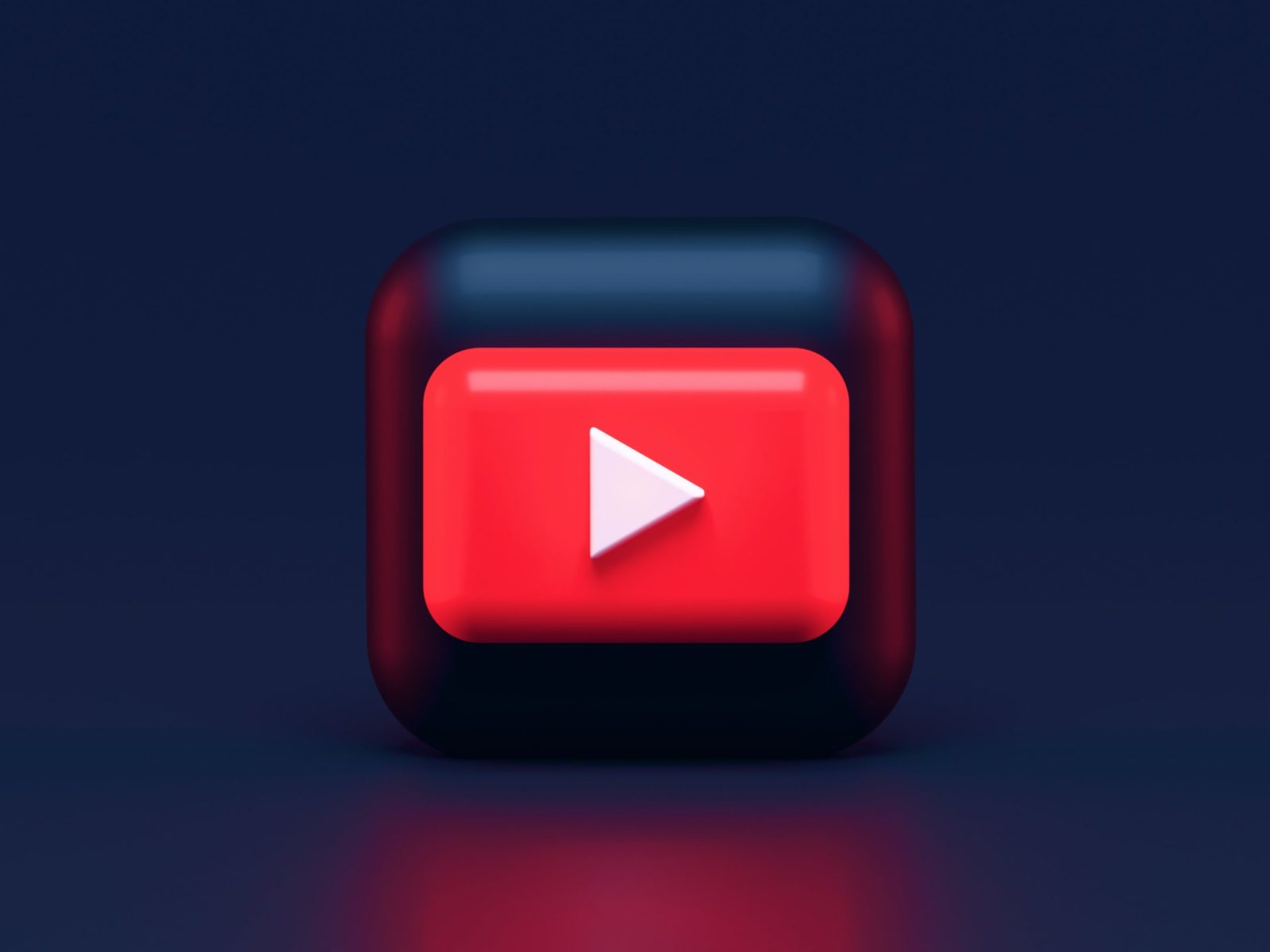 Creating and executing a successful advertising campaign has never been without its challenges, regardless of the chosen medium. At or near the top of the list would be the ever-increasing difficulty in breaking through the many distractions that vie for an audience’s attention, largely in the form of a constant barrage of marketing messages that have left people less receptive by nature.

Video, as a medium, makes up a huge part of the digital marketing landscape and YouTube has established itself as the force to be reckoned with in this universe. Bought for a relative song ($1.65 billion) in 2005, YouTube billed more than $20 billion in advertising in just the first three quarters of 2021 alone and all signs point to its meteoric growth continuing for quite some time.

This leads to the question . . . in spite of its sheer size, is YouTube advertising worth it? Has its outsize growth lead to a level of saturation that has rendered it somewhat ineffective as an advertising channel or does it still represent a viable opportunity?

While it’s certainly not with its own challenges, YouTube advertising can be an effective option for businesses of nearly any size — providing that it’s done properly. It’s a bona fide digital behemoth that’s not only a source of entertainment and news for many, it has more than 122 million daily users and is now the second largest search engine there is. But without a solid strategy, accessing YouTube’s enormous audience still may not get you the results you’re after.

Let’s take a look at some of best practices associated with a winning YouTube advertising strategy.

It matters. A lot, actually. There’s no doubt that improper image formatting or poor quality can derail, or at least strongly compromise, a Facebook ad. There’s also no doubt that meandering, non-descript copy will do the same thing.

But video throws more variables into the mix. For starters, it’s imperative that all visual content used be compelling, immediately easy to understand and formatted EXACTLY as YouTube instructs. Get this wrong and an ad spend may be wasted. Even the most compelling marketing message will be disregarded quickly if it’s accompanied by grainy, distorted video content that immediately confers ineptitude.

Then, you have the need for top quality accompanying audio, effective and charismatic on-camera talent and a script that wastes no time in grabbing and keeping the audience’s attention. Merely reciting product or service benefits is almost never enough. It’s best to try and evoke emotion. People also tend to retain more information when in a heightened emotional state.

YouTube has not only grown — it has also evolved. We might tend to still think of YouTube advertising as being made up of relatively short, interruptible advertising that fires up right before a chosen video, but there are more options than that, as well as some variations within those options.

Be Willing to Experiment with Your Format Choices

Doing so may yield some surprises, as each format has its pluses and minuses that may or may not make it optimal for an advertiser’s needs. For example, it may be tempting to secure a captive audience via a non-interruptible in-stream ad, but it may potentially annoy that audience. A bumper ad will rarely be viewed as an annoyance because of its brevity, but it may be hard to convey an effective message in such a short time.

Because each format has different requirements, it’s a good idea to format creative content separately for testing purposes. Prospects intentionally click on and view discovery ads, so they represent a somewhat warm and more qualified audience that will usually be more receptive to a longer ad than viewers who just happen upon an ad while viewing.

Be Thorough and Efficient with Your Targeting

Sure, the YouTube universe is a vast one, filled with educational content and both compelling and capricious entertainment alike, but no product or service is likely to appeal to its enormous viewership on the whole.

Developing customer personas is just as important to YouTube advertising as it is with other forms of digital advertising. Putting in the time to complete this process will put advertisers in a much better position to properly employ YouTube’s targeting options.

If an advertiser’s ideal customer is between the ages of 25 and 40, for example, and this conclusion has been reinforced by actual research and not just conjecture, there’s no point in serving up advertising to senior or high school-aged YouTube viewers. Sure, it’s possible that some of those viewers may buck the trend and be interested in a product or service, but the likelihood isn’t great, and the overall efficiency of the campaign may be compromised by expanding the target audience just to access bigger numbers.

To be sure, there’s a lot to get right in getting maximum results out of YouTube advertising. But when this due diligence is performed, those efforts can really pay off. As an advertising platform, YouTube has a lot to offer.

As we’ve noted, YouTube has a massive audience and it’s growing rapidly. As it does so, its content also continues to become more diversified. Once known at least in part as a repository for cat videos and ill-advised stunt footage, YouTube now offers lots of quality content, ranging from educational to entertaining.

With the advent of YouTube TV, launched in early 2017, it’s become a serious player in television programming. This has further added to its legitimacy as a “go to” source for both information and entertainment.

It’s not hard to see how effectively attracting the attention and sizable purchasing power of such a large audience can bring fast results — even with stringent targeting it would still be substantial.

As evidenced by YouTube’s ascendancy to the world’s #2 search engine — just behind Google — audiences are increasingly turning to video content not only to entertain but inform. It has become a very influential medium in the process. The Search Engine Journal notes that 50% of B2B decision makers use YouTube to research future purchases and 70% of overall viewers bought a particular brand after seeing it featured — either organically or through paid advertising — on YouTube.

People feel strongly about video content. 62% of YouTube users in the United States access the platform daily. Effective and charismatic on-camera talent can demand attention and continue to hold onto it, often for a substantial amount of time. If an advertiser can get someone to watch a 30-second video — a difficult but by no means impossible task — it can impart a lot of meaningful benefits of its product or service.

It has long since been proven that proper audience targeting is one of the keys to an efficient ad spend and YouTube has obviously taken this truism to heart. YouTube offers a variety of targeting parameters that help ensure that an advertiser’s message gets in front of the right viewers.

These parameters include audience demographics (age, gender, income, etc.), life events, interests, and keywords. Advertisers can also remarket to people who had previously watched their organic videos. Video holds a definite advantage over any other medium as far as this metric is involved, as the viewing time of a specific video is trackable, whereas calculating how long a viewer ponders a static advertisement isn’t. YouTube also offers an array of analytics to gauge progress and, by connecting their YouTube accounts to Google, advertisers can delve even further into the analytical process.

Sure, effective YouTube advertising requires strong production values and on-camera talent, but these don’t necessarily come at an exorbitant cost. With proper practice, the use of a couple of well-chosen apps and some modestly priced equipment, even a relatively unskilled business owner can capture quality footage that’s plenty suitable for advertising purposes and insert professional quality introduction and closing graphics.

And if that business owner is comfortable in front of the camera, without being overly polished, that can be a definite plus in establishing a connection with viewers.

With proper targeting, effective YouTube advertising doesn’t have to cost a lot. The average daily budget of YouTube advertisers across the board is a modest $10 per day.

All this is not to suggest that YouTube advertising is a “can’t miss” proposition for businesses of all types. It does have its challenges. Here are some of them.

Advertisers Still Have to Bid on Keywords

Just as with other platforms that rely on a bidding process, the cost to ensure that an advertisement comes up in response to a specific search term can vary dramatically.

Advertisers that are situated in an ultra-specific niche and can gear their efforts to winning placement on low-cost, relatively long-tail keyword phrases with suitable but not overwhelming traffic will find it easier to make their advertising efforts efficient. Their counterparts targeting broader and more in-demand keywords will have a tougher, but not necessarily impossible, go of it.

Many viewers have become accustomed to searching for that often-present SKIP AD button as soon as it pops up on a YouTube ad. This can make the window of opportunity a daunting task to get through, in that advertisers don’t have much time to grab viewers’ attention. Approximately 65% of YouTube viewers choose to skip ads as soon as they can.

At the same time, internet users are also making an increasing effort to avoid online advertising of all types — YouTube included. Backlinko reports that, as of 2021, 42.7 of all internet users worldwide had resorted to using ad blockers.

Just as is the case with most forms of digital advertising, YouTube’s targeting relies heavily on self-identification for several of its options. While most users would have no compelling reason to misidentify themselves, it nevertheless does happen.

There’s no guarantee that the self-identifying 34-year-old viewer isn’t in reality older or younger, nor that the viewer professing to make well into six figures isn’t of more modest means. Should that divide between misrepresentation and reality occur, advertisers may be promoting their product or service to viewers who either won’t have much interest, or — in the case of higher ticket items — can’t afford them.

Regardless of its shortcomings, YouTube advertising represents a significant opportunity for businesses of all sizes and nearly all types. With proper due diligence in targeting the right audience and then serving up quality, compelling content, it can have a substantial impact on those businesses’s future success.