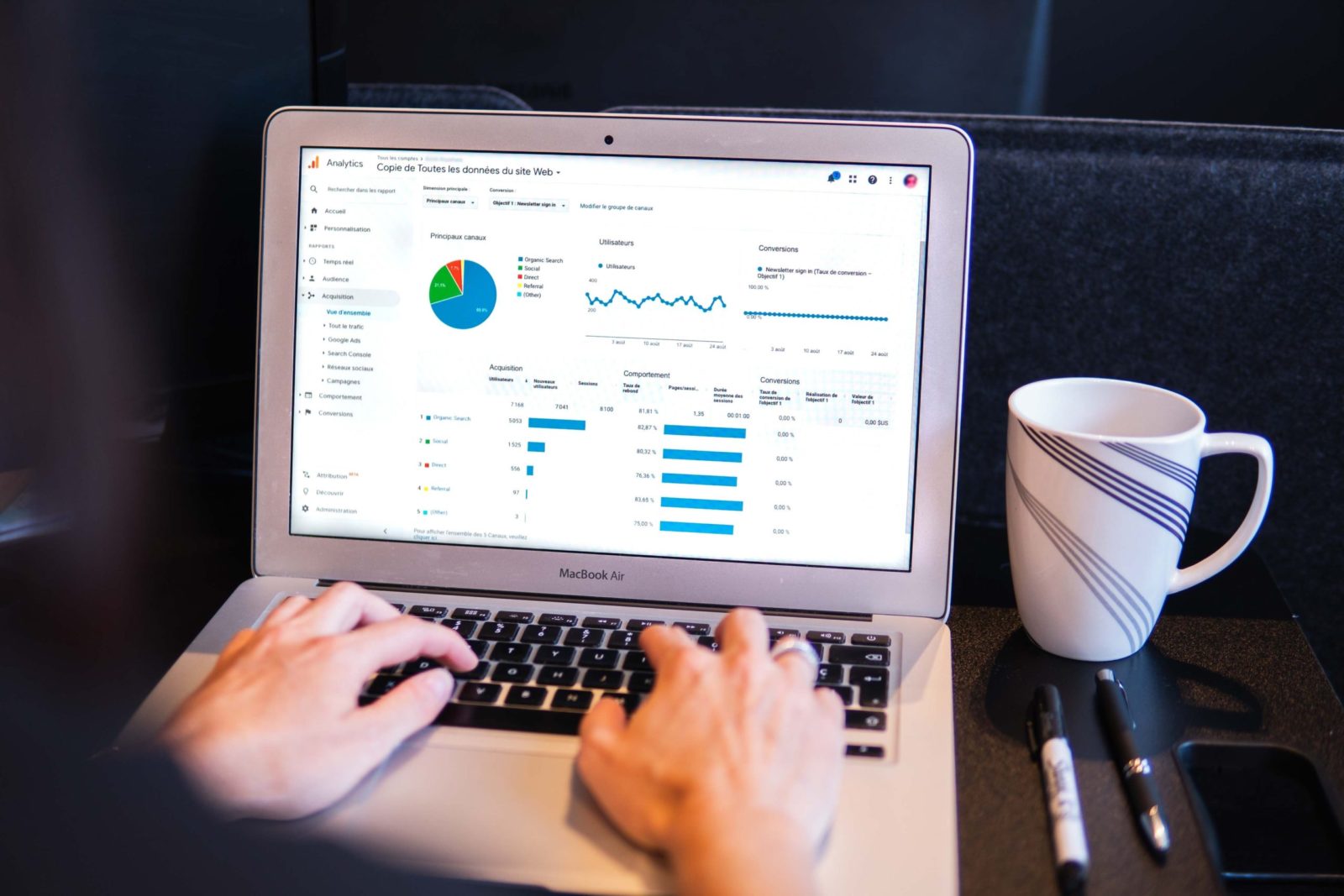 What’s the difference between Google Analytics and GA4?

A Look at The Current Google Analytics Landscape

For seasoned digital marketing professionals and relative newcomers alike, Google Analytics (aka Universal Analytics) has been the “go-to” tool for compiling the data needed to properly monitor — and ideally improve upon — website performance. Besides its undeniable level of efficacy, the fact that UA has been offered free of charge throughout its considerable lifetime has no doubt been one of its major attractions. It’s hard to beat “free” where value proposition is concerned, after all.

Sure, there are a number of products that come in at a variety of price points that will either allow you to dig even deeper into relevant data or may let you present that data in a more consumable manner with fewer steps, but Google (Universal) Analytics has benefited from a number of effective upgrades over the years and remains a very helpful and appealing product. There hasn’t been much of a clamor to replace it with something else.

Nonetheless, there are plenty of indications that Google intends to put increasing emphasis on its newest analytical product, GA4, which was released to the public about a year and a half ago and is now positioned by Google as the default platform when creating a new digital property to monitor.

Because there’s no clear public pressure for Google to replace Universal Analytics with GA4, the two platforms currently exist side by side and may do so for quite some time, with digital marketers having the ability to use either one, or both.

Let’s take a look at the advantages and disadvantages that GA4 offers over Universal Analytics and see what the best course of action might be in the foreseeable future where analytics are concerned.

Here Are Some of the Benefits That GA4 Offers

The Ability to Monitor Websites and Apps in One Place

One of the most obvious advantages GA4 offers comes in the form of its sheer versatility. Whereas Universal Analytics can only be used to monitor websites, GA4 can monitor and provide useful analytical data for both websites and apps, while also providing the convenience of displaying results for both in one place. The fact that Google lists this benefit in the top paragraph of its How to Get Started with Google Analytics tutorial offers proof of its perceived value.

Next in GA4’s line of benefits would be its ready adaptation to customization. It can be argued that this is a mixed bag, in that there are many digital marketers out there who would prefer a product that requires very little — or better still, no customization — to be of maximum value. But for many analytics-focused marketers, the ability to tweak Google’s newest offering in order to create just the monitoring needed is a big draw.

Among the areas of customization that GA4 features is the addition of parameters for a specific event – GA4 leans heavily on events, as we’ll see a little farther down the page. These parameters can create a high degree of specificity as far as a given action a user might have taken while on a tracked website or app.

We read, and experience the effects of, machine learning at an ever-increasing rate these days, and GA4 is a great example of its evolution. The platform effectively harnesses machine learning in ways that can directly improve a company’s bottom line, including the ability to generate Google advertising forecasts based on the probability of conversions when directing ads to a given audience — a stat that will automatically self-adjust as these audience parameters are modified.

As marketers, we routinely hear about how much easier it is to retain customers or clients than it is to land new ones, and this is another area where GA4 shines. It will provide customer attrition predictions so that, if needed, greater investment can be shifted into retaining your customer/client base.

Also, while Universal Analytics will present data that may well fluctuate with no clear explanation, GA will readily detect anomalies and trends that might otherwise fly under the radar and bring them to your attention.

GA4 More Closely Parallels the Customer Journey Than Does its Predecessor

The “customer journey” is an often-discussed topic, and for good reason — it’s an absolute fundamental of marketing. Being able to properly track a prospect that ultimately becomes a client or customer (that’s the plan, anyway) fosters not only improved marketing efficiency but also a better level of personalization, which can also yield benefits in the area of customer/client retention.

With its Lifecyle feature, GA4 will provide enhanced insights in the areas of customer acquisition, engagement, monetization and retention — all of these metrics are positioned as featured tabs on its menu, so monitoring them becomes a relatively easy task. GA4 also integrates with AdSense, which countless publishers rely on to monetize their content, so it can be argued that it’s a more insightful metric than its Universal Analytics counterpart, known as conversions.

As is the case with customization, the presence of a learning curve is a potential mixed bag for marketers. Many of us enjoy learning for learning’s sake and, while adding GA4 to your knowledge arsenal wouldn’t be akin to mastering a new language — it would be more like learning a new dialect of that language — the platform is here to stay, so there’s definite value in adding it to your skill set.

But, as we’ve noted, there doesn’t seem to be a huge upswell of eagerness to migrate to Google’s newest analytical tool and part of this hesitance no doubt lies in the time and effort it will take to properly master its nuances.

Not that there aren’t similarities between the two. The Tracking ID from a Universal Analytics property is a close kin to GA4’s Measurement ID and, of course, both will collect data from the same web pages. Both will also begin to yield real time reporting in short order after they’ve been set up and tested and will play nicely with Google’s Tag Assistant to make sure any tags that have been added are working properly.

Nevertheless, the distinctions between the interfaces of Universal Analytics and GA4 will become evident right away. UA’s dropdown menus seem much more front and center than those of its counterpart — with options that are more plentiful than those found in GA4. This provides the user with a sense that the ability to easily track important metrics is always just a click or two away. Because GA4 puts a heavy premium on its ability to be customized — which can be a plus or minus, depending on your skillset and perspective —there seem to be fewer tabs to explore and gain data insight from without some tinkering.

One of the other most obvious differences lies in their respective terminologies. GA4 characterizes pretty much every interaction as an “event”, while Universal Analytics relies more on “hit types” that still include events to an extent, but not as the prevailing denominator. UA’s Behavior metric also gives way to GA4’s Engagement, among the other differences.

It’s worth noting that, with its ability to more easily keep tabs on ecommerce and in-app purchases, mastering GA4’s Monetization tab is a bit more involved than getting the hang of UA’s Conversion tab.

Anecdotally, some also feel that GA4 takes a bit longer to populate, but the delay is likely negligible and will no doubt be solved before too long.

After supplanting its Webmaster Tools, Google’s Search Console is relied on by countless marketers — probably the majority of them — to provide the needed insights to bring out the best in their websites, as measured by their showings in Google Search results.

This lack of integration itself is probably no deal killer for most — there are ways to glean the same knowledge via GA4, albeit a little less directly — but the ability to track SEO efforts so easily has been a definite plus and would likely be missed, at least at first.

So, Moving Forward, Should You Go with Google (Universal) Analytics or Move to GA4?

As with many topics in the world of marketing, there really isn’t a clear-cut conclusion to be made. Based on several factors moving forward, the best course of action is probably to add GA4 to your marketing toolkit, while still continuing down a parallel tracking road with Universal Analytics.

Regardless of where you stand on the merits of one vs. the other — and again, at this point, there doesn’t seem to be a clear victor in this head-to-head battle — as we’ve noted, the fact remains that Universal Analytics has been around in more or less its present form for nearly 10 full years and may be perceived by its creator as getting a little stale.

A decade is relative eons when you compare it to many of the marketing utilities that have come and gone before it. Far be it from us to denigrate any product based on age. To be fair, Google has made some pivotal tweaks during that time, but signs do point to an eventual shift in the analytical landscape, with Google eventually taking its “classic” analytic product off the table entirely and leaving marketers with little choice but to migrate to GA4.

If that happens — and it’s probably more a matter of when —you’ll want to have as much relevant data as possible at your disposal. So, it makes sense to start your tracking with GA4, even if you’re less than enthusiastic towards the advantages it may or may not hold.

Because, GA4 currently doesn’t have the capability to auto-populate with previously compiled Universal Analytics data and may never add this utility — the metrics used are certainly similar, but by no means a direct match — should you wait until the last possible minute to add Google’s most updated analytical tool to your arsenal, you’ll likely find yourself with less than plentiful data to execute upon when a change does occur.

And even if a sizable percentage of marketers seem to be less than ecstatic about having to make a change, it probably won’t ultimately matter. Historically, Google doesn’t always put a heavy premium on user sentiment when making its upgrades. The tech giant’s wisdom more often than not bears out over time — many marketers have lamented over algorithm changes, for example, but the gradually increasing emphasis on user experience over primitive practices like keyword stuffing that these changes have brought have undoubtedly resulted in much better content being put out.

So, marketers — what’s your next move on the analytics front? Are you sticking with Universal Analytics, moving to GA4 or planning on running both, side by side? We’d love to hear from you.