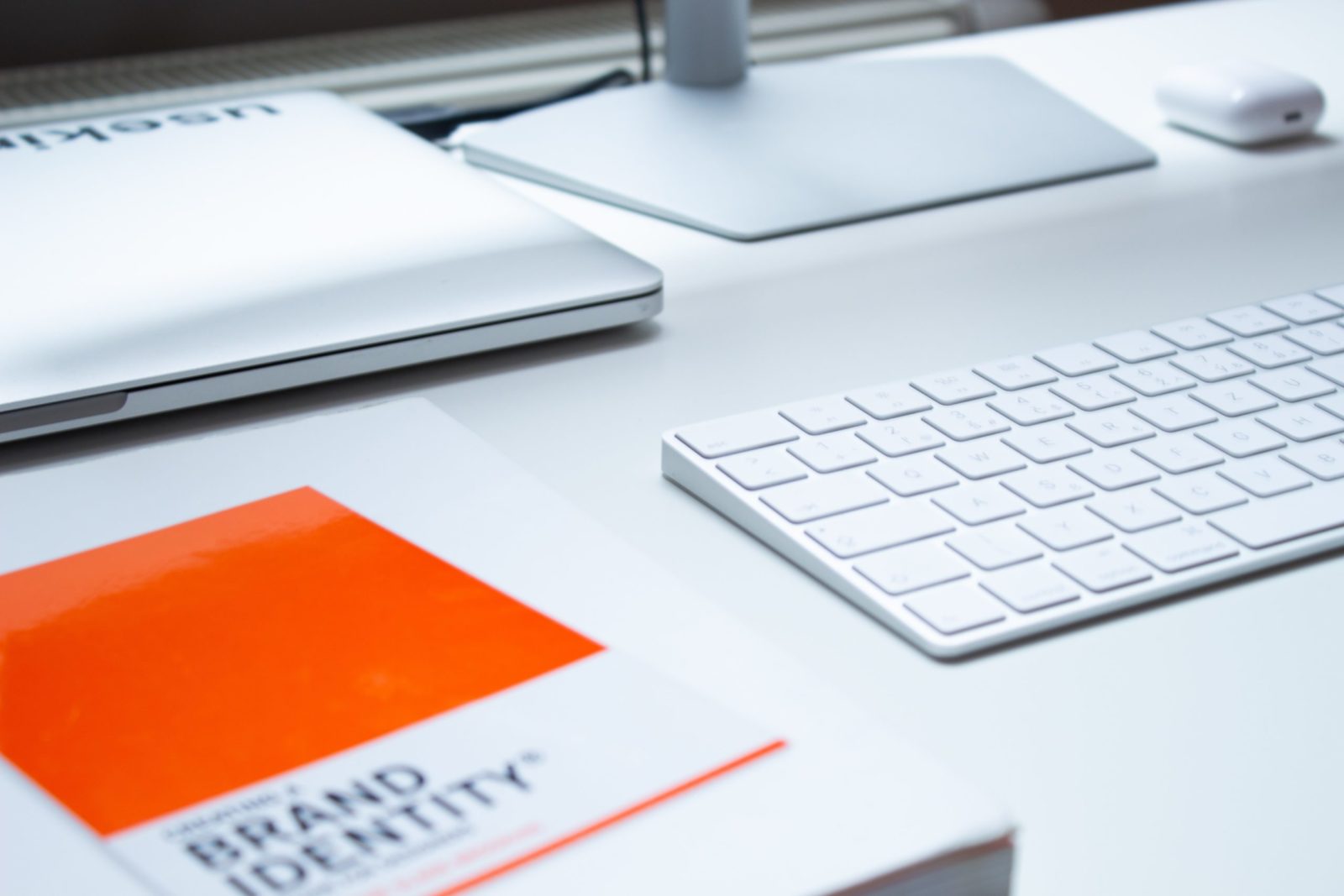 The Importance of Branding

To many people — including some employed in a marketing capacity — the concept of branding seems somewhat intangible and even a little extraneous. After all, branding initiatives don’t lead directly to revenue on their own accord and revenue is what most of us see as the primary goal — it’s what keeps us in business, after all.

Probably because of its connection to the cattle industry and the Old West, branding also has a fairly limited connotation for the public at large. A company designs a logo that becomes its de facto “brand” and then places it virtually wherever it can to increase recognition in the public eye in order to maximize its market share. Seems pretty straightforward.

Sure, we tend to realize that effective messaging also gets put out there with it, but that messaging is generally seen as a separate endeavor — part of the marketing communication mix.

Let’s take a closer look at what branding REALLY is, while taking a deeper dive into why branding is so important.

The term seems to conjure up plenty of visual imagery and, for many of us, that’s about the extent of its accepted meaning. In reality, however, branding is far more nuanced and complex.

According to the Branding Journal, branding is “the process of giving a meaning to a specific organization, company, products and services by creating and shaping a brand in consumers’ minds.”

That’s quite an endeavor. After all, the term “meaning” itself can be very subjective and broad. So, too, by association would be the concept of branding. In practice, it can be distilled down to more concrete elements, which no doubt helps to keep more than a few marketers from going off on tangents while trying to accomplish their branding objectives.

There are generally considered to be four major components of a brand — brand identity, brand image, brand personality and brand culture. Let’s get into a little more detail on each.

A brand’s identity is made up of visual elements — the colors a company uses in its advertising and the shape and aesthetics of its logo, for example. Most of us would readily acknowledge that these are important elements. After all, no company wants an ugly logo with an off-putting color palette. But the power of a logo and color choice — and thereby brand identity — goes far beyond aesthetics.

In and of itself, a logo may not have limitless influence in the shaping of a brand, but when a company’s brand marketing initiatives are done skillfully enough, it can generate a lot of emotion and, ideally, becomes a sort of unifying lightning rod for those collective marketing initiatives.

Think about what may well be the most recognizable logo of them all — the Nike Swoosh. It’s so ubiquitous that it has its own Wikipedia page and the sheer simplicity with which it’s used bears ample proof that, over time, Nike’s marketing has worked its magic.

The Swoosh most often appears in advertising with no other company identifiers, only Nike’s equally ubiquitous “Just do it” slogan. Virtually no one needs to be told what the slogan means, because Nike has been extraordinarily skillful and consistent in reinforcing its active, athletic-centric identity and making sure its universally recognized logo is inextricably associated with it. Small wonder that the Nike Swoosh tops Inc.’s “best logos ever made” list.

Other examples of companies that have proven their excellence in the area of brand identity include Apple — the very sight of its logo brings connotations of cutting edge, cool tech — as well as McDonald’s.

We can argue about the nutritional merits of the latter, but the fact that a pair of golden arches can create a Pavlovian craving for fries and a Big Mac is downright impressive and illustrates the potential power of brand identity.

A brand’s image centers on how it’s perceived and how customers feel about it. It’s also a good indicator of the efficacy of a company’s marketing efforts. The fact that most of us associate high energy, maximum effort exploits when Mountain Dew is mentioned, or of cutting edge, “go for it” extreme sports when we see a can of Red Bull shows that these two companies have hit the mark with their strategies.

In the automotive sector, Honda has crafted a caring, helpful image through its Random Acts of Helpfulness campaign, which centers on Honda and its employees going “above and beyond” to help deserving people with non-automotive challenges in their everyday lives.

Meanwhile, Subaru has also established itself as a humanistic brand with philanthropic values. By its own account, Subaru of America, Inc. and its participating retailers have donated more than $200 million to charity, such as the Subaru Loves Pets initiative.

Consumers want to do business with a company they feel good about. Cultivating an appealing brand image goes a very long way towards creating momentum in this area.

Brand personality is very closely related to brand image, but with a sort of filtration system attached. Whereas a brand’s image is all about how it’s perceived by its customers, brand personality is largely that same perception viewed in the paradigm of human characteristics.

Both Starbucks and Dunkin’ Donuts serve pastries and coffee and yet have vastly different perceived brand personalities. Starbucks is largely seen as sophisticated, creative and artistic, while Dunkin’ Donuts is perceived as down to earth and unpretentious — making it a haven for everyday people.

Consumers tend to gravitate toward companies whose brand personalities they perceive to mirror their own. The company’s objective is to define its brand personality in such a way that its parallel with its target audience is abundantly clear.

Brand Culture represents one of the more complex aspects of branding. From a company perspective, it’s a largely internal component and, according to Branding Strategy Insider, centers on the culture that a company actively cultivates to powerfully, consistently and competitively deliver its brand to market.

The norms of brand culture can, at times, be at least partially shaped by a company’s industry. Few of us would want an overtly irreverent accounting firm representing us at tax time, for example. Nevertheless, brand culture can differ markedly between companies in the same industry and can have a profound effect on other aspects of a company’s brand.

For example, Southwest Airlines has cultivated a freewheeling, fun-loving brand personality for the public, and that’s been consistently mirrored in its brand culture — even so far as the design of its headquarters, whose featured photography focuses heavily on employees, as opposed to the more traditional approach of putting executive portraits front and center.

Southwest also employs “Culture Blitzes” in which a specially-trained culture services team will visit a Southwest Airlines terminal — armed with food — and interact with the employees. The team even cleans the planes for the flight operations staff while they’re there.

While Southwest only began formalizing its company culture about a decade ago, the airline has a long-standing humanistic philosophy. Chairman Emeritus Herb Kelleher, who was at one time the ubiquitous face of Southwest, once noted: “The business of business is people.”

Southwest has made it a priority to care and empower its employees and it has paid off well for the company, resulting in an unusually low level of voluntary turnover, obvious company pride and consistently strong customer service — Southwest averages an impressive 7,000 compliments from passengers every month via social media.

By contrast, United Airlines has tended toward a more traditional corporate culture approach that has heavily emphasized proper procedure. This isn’t necessarily a bad thing, especially when employees find themselves on the same page and everything goes as planned. It does, however, have its shortcomings when issues occur, such as when United Airlines’ staff forcibly removed a Kentucky physician from one of its planes in 2017 — not for his behavior, but for refusing to give up his seat when the plane was overbooked. Instructing him to do so was part of company procedure and improvising on company culture wasn’t in the United Airlines playbook.

An already bad situation was made worse when United CEO Oscar Munoz went on record, saying, “Our employees followed established procedures for dealing with situations like this.” This statement, which thoroughly minimized the human element of the incident, was heavily featured by news outlets, often accompanied by images of the bloodied physician who was removed.

United Airlines’ public perception took a big hit, largely because a rigid corporate reliance on procedure was part of its culture — even to such an extent that it trumped logic in a real-world situation.

Though a largely internal aspect of branding, brand culture can have a profound effect on the manner in which a company’s employees interact with the public.

Here are a Few Objectives of Branding

Many financial transactions require a sort of leap of faith. A company’s advertising will almost invariably position it as the best solution to its target audience’s challenges — that’s its purpose, after all — but consumers know this, so some inherent cynicism is baked into the equation when they’re presented with a new option from an unproven brand. They’ll almost always gravitate toward a brand they know and trust as a means of self-protection.

When consumers don’t know or feel much about a company brand yet feel compelled to choose it based on factors like pricing or availability, that company likely won’t build strong “roots” with the buying public.

There are notable exceptions where an unusually low price point not only doesn’t lead to commoditization but instead becomes part of a brand, such as in the case of Trader Joe’s popular “Three Buck Chuck” line of wines — but these examples are few and far between.

When a company’s branding efforts have succeeded, it results in its products benefiting from a higher perceived value. This value will generally allow a higher price point or, at the very least, can create a sort of insulation when competing products enter the market.

Create a More Devoted Customer Base

Companies thrive on satisfied customers, and when a product’s performance in real-world situations aligns with an already strong brand perception, it’s more likely to result in brand advocates who will publicly extoll its virtues. With the pervasiveness of social media, this advocacy can be a huge benefit.  Nothing can beat word of mouth advertising.

Prospective employees care about what both their peers and the public think. Given the choice between going to work for a company with a marginal brand perception and one that’s well-liked, unless there are countervailing factors like location or compensation, they usually won’t have much trouble making a decision.

Companies with strong brands attract better employees, which in turn, helps reinforce the brand strength in the long term.

While it’s often seen as an abstract — sometimes almost ethereal — aspect of marketing, branding is an important factor in a company’s success. It shouldn’t be overlooked, regardless of a company’s size or capitalization.

We’re curious — what do you see as the most important steps in establishing a company brand? We’d love to hear from you.